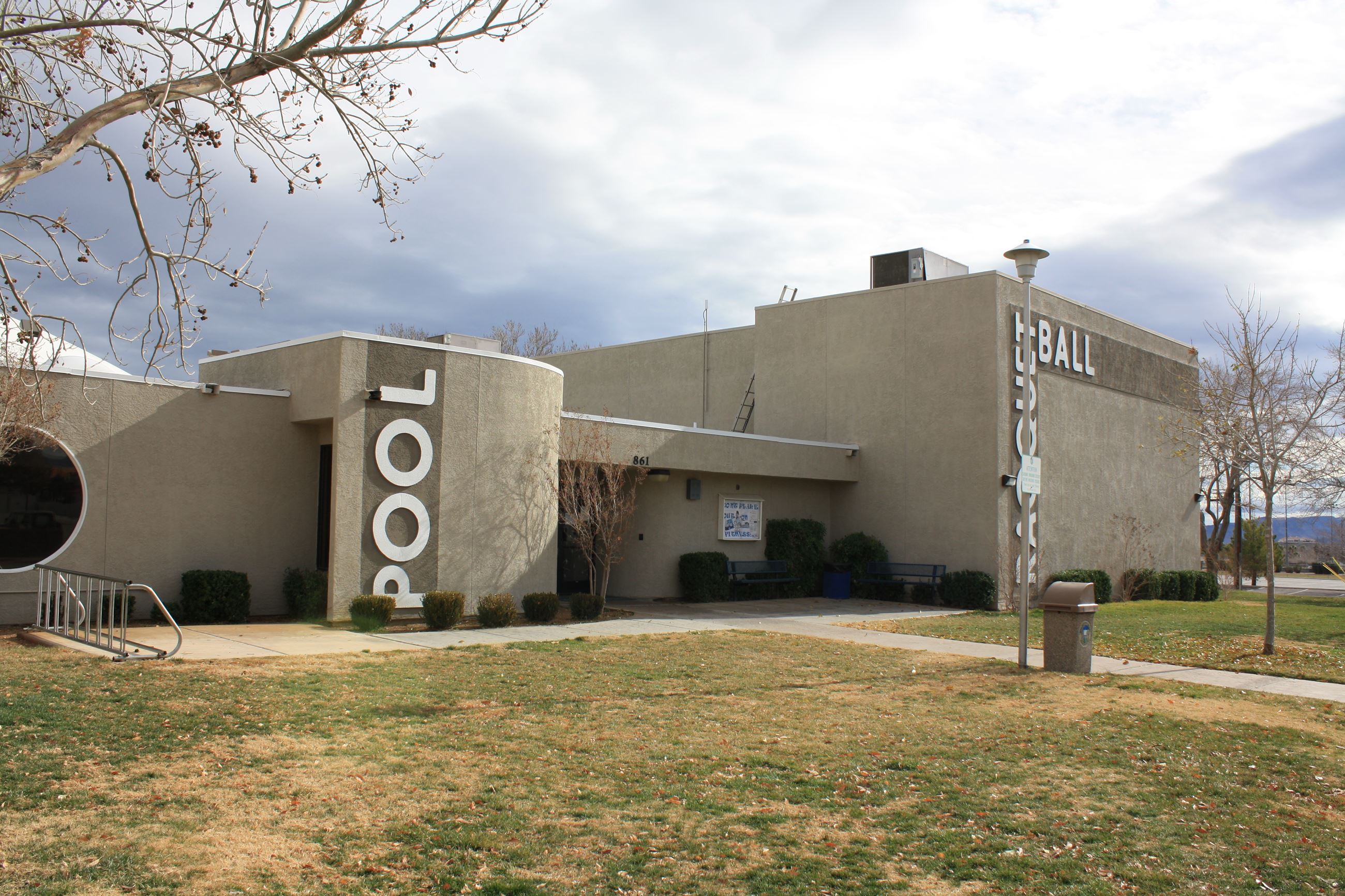 The current pool is forty years old and has reached a critical point. In order to offer the programs that the community has come to appreciate, to keep up with current health code and to be compliant with the Americans with Disabilities Act (ADA) requirements, Mayor Kiernan McManus developed a Municipal Pool Ad hoc Committee to review alternatives regarding the repair or replacement of the municipal pool, and advise the City Council of possible alternatives.

The City employed SCA Design to assess the condition of the existing pool facility, and determine what improvements are needed to the existing facilities to meet current health and building codes.  SCA concluded that “the building and many components are 40+ years old and past their intended life expectancy,” but estimated that it would cost approximately $7.37 million to bring the current facility up to code. SCA Design also developed a conceptual design and cost estimate of $21 million for a new pool facility.

The Committee recommended that City Council approve what they determine is fiscally and structurally sound for the community. The City has a five-step savings plan for a new pool facility that is available below that would not require any taxes to be raised.

During the June 2021 General Election, voters will be asked whether to approve Capital Improvement Fund expenditures for any swimming pool recreational project.  Specifically, voters will decide whether to use the proceeds from the sale of Tract 350 (land next to Boulder Creek Golf Club), and a one-time appropriation of $7,000,000 from the Capital Improvement Fund consisting of revenue from things like solar leases toward a swimming pool recreational project. If approved, this money could be used to repair the existing pool facility or toward a new pool facility.  Money in the Capital Improvement Fund that is not spent as approved by the voters may not be spent on any other cost without voter approval. 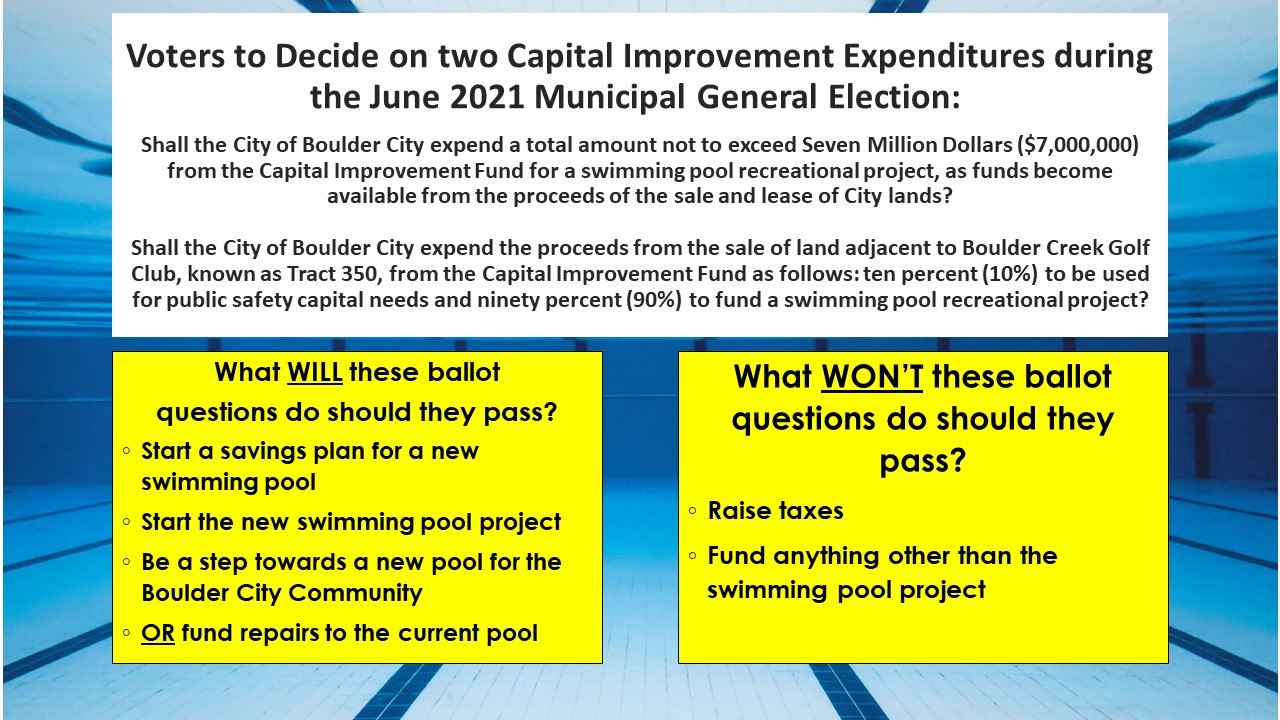 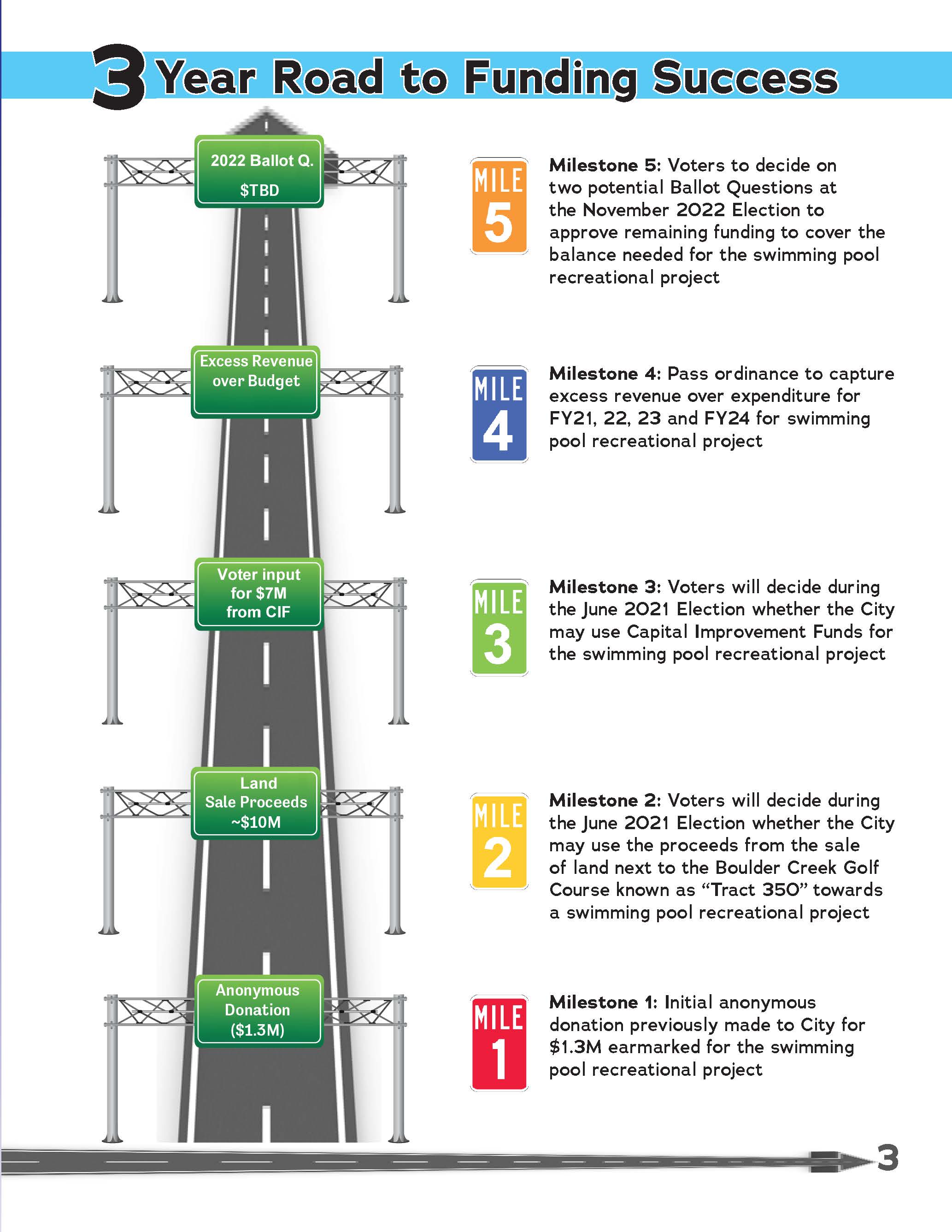